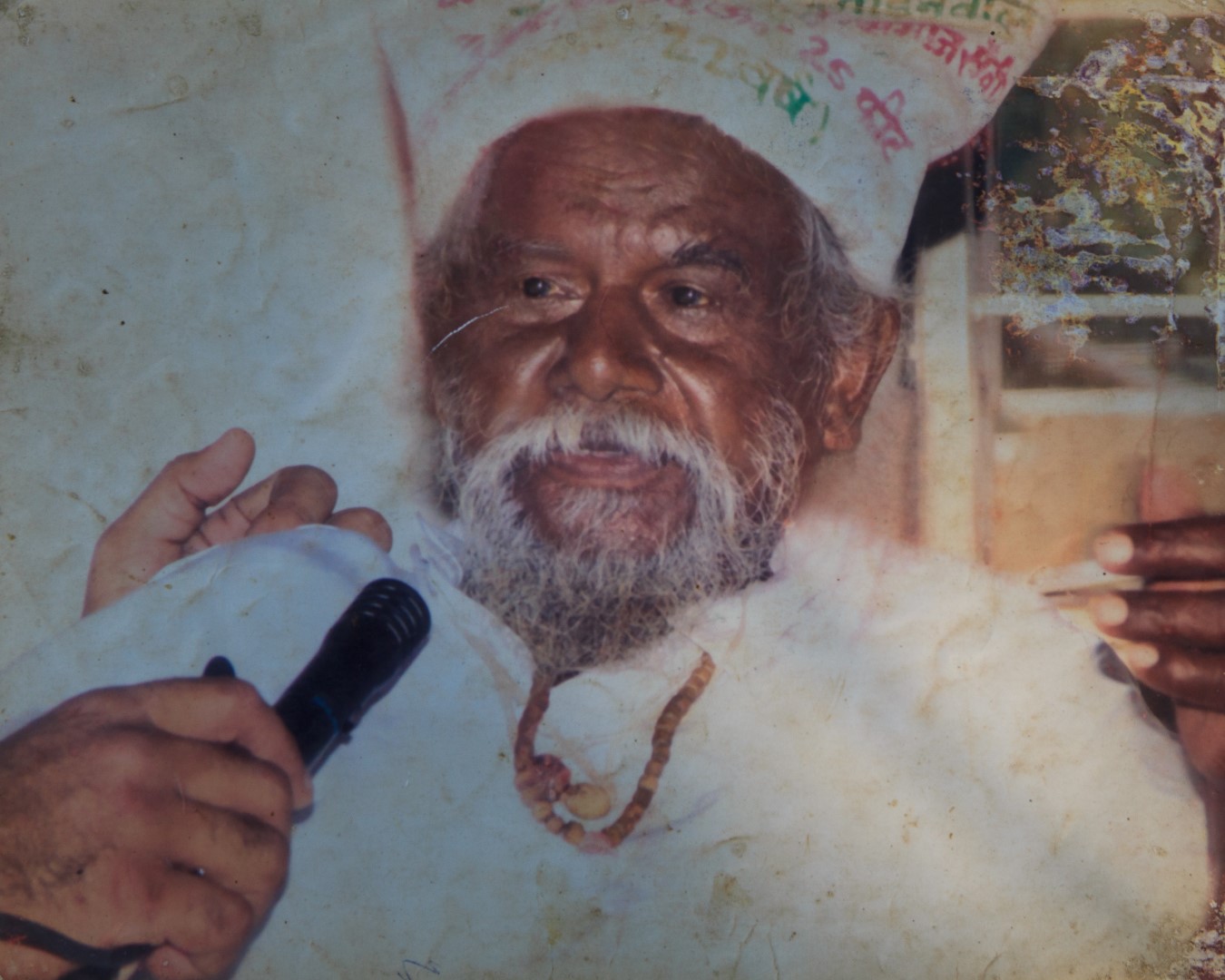 Dashrath Manjhi, popularly known as the “Mountain Man” is a legend who proved that nothing is impossible to achieve. His life gives a moral lesson that a small man, who has no money and no power can challenge a mighty mountain.

Manjhi’s firm determination to carve the huge mountain gives out a strong message that every hurdle can be crossed, if one has kept a firm eye on his goal. His 22 years of hard work became a success, as the road constructed by him is, now used by villagers.

In 1956, Manjhi, a native of Gahlaur village near Gaya district in Bihar, was married off in his childhood. As a grown-up man, when he returned to his village after working in Dhanbad coal mines for seven years, he fell head-over-heels in love with a village girl, Falguni Devi.

To his surprise, that girl turned out to be his childhood bride. But her father denied to send Falguni Devi with Dashrath, as he was jobless.

But Dashrath was firm to bring Falguni back into his life and both elope. They started living as husband and wife. Falguni gave birth to a baby boy. In 1960, she again became pregnant.

Gahlaur is a remote and backward village, where caste system prevails. People belonging to backward castes are ill-treated by the village’s mukhiya (leader), who is corrupt till deep neck. Women are considered as a mere object, by the powerful people of the village.

‘Development’ word seems to be an alien term for them. Dalits are not even allowed to look into the eyes of village mukhiya. If they dare, they are brutally beaten.

Poor villagers have to traverse through a narrow and treacherous pass to cross a huge mountain, located between Attari and Wazirgunj blocks in Gaya district, for their daily needs and for transport connectivity. 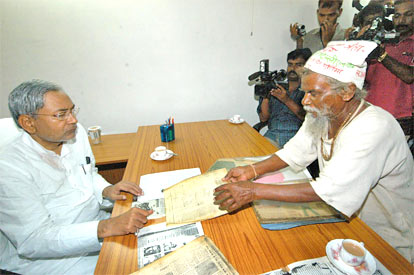 A tragedy changed his life

One day, Falguni, who was heavily pregnant, was taking lunch for her husband to the fields, for which she needed to climb the mountain in the scorching heat.

Dashrath runs into panic and took her blood-splattered wife to the nearest hospital that was 70 kms away, where she was declared brought dead, but she gave birth to a baby girl.

The heart-broken Manjhi, who loved his wife more than anything else in the world, began cursing the huge mountain and vowed to bring it down to break its ego.

In the memory of his beloved wife, determined Manjhi took a hammer and a chisel and embarked on a tough and almost impossible mission. He decided to carve out a path, so that no other person suffers like her wife.

Villagers and even his father ridiculed him for challenging a huge mountain. But Manjhi was adamant on his firm decision.

A local journalist caught his attention and approached him why he was hell-bent on cutting the mountain.

Years passed on, during which Gahlour was hit by a massive drought and villagers evacuated the village. Dashrath’s father taunted him that what he had achieved in last so many years? He tried to convince Dashrath to accompany them to a city, where he could earn bread for his two children.

But, Dashrath decided to continue on his herculean task. With no water and no food, Dashrath was forced to drink dirty water and eat leaves.

In 1975, the country plunged into darkness due to emergency declared by the Indira Gandhi-led government. She went to Bihar to address a rally, where Dashrath also reached. The stage where Indira was addressing a crowded rally came crashing down. Swiftly, Manjhi, along with other villagers, bore the burden of the fallen stage, so that Indira could continue her speech.

When the rally got over, Manjhi, somehow, managed to get a picture clicked with Indira Gandhi.

The greedy mukhiya thought that now Dashrath is little known in front of the PM, so, like a chameleon, he lured Dashrath that if he gives his thumb print, then, they would be able to get funds from the government for the construction of road from the mountain side.

But poor Dashrath was cheated by him and he decided to complaint against him to the PM.

Dashrath walked from Bihar to Delhi

Dashrath had not even Rs 20 to buy a train ticket to Delhi and he was thrown out of the moving train by the TT. But no amount of of negativity could stop him from reaching his destination. So, he treaded on a difficult path of reaching the national capital, by foot!

Delhi was mired by protests during emergency. When Dashrath finally reached Delhi, along with his photograph with Indira Gandhi, he was rudely turned away by a police official, who not only mocked him, but also tore the photograph and lathicharged him at Rajpath.

Humiliated Dashrath returns back to tame the mountain

With all of his hopes shattered, Dashrath who had grew very older, by then, felt that he has failed and his efforts have not yielded any positive results.

A ray of hope arose when few villagers join Dashrath in his uphill task of carving out a path. But, that too, was marred by some local officials who threatened Dashrath and villagers not to be present around the mountain. They even got him arrested.

But, the journalist appeared to be a messiah for him and lodged a protest in front of a police station, to release Dashrath.

Dashrath, single-handedly carved out a 360-feet-long, 30-feet-high and 30-feet-wide passage through the mountain. He made the difference into the lives of villagers by shortening the 55 kms distance into 15 kms.

Finally, in 1982, Manjhi’s 22 years of toil and labour brought a new morning, when the government roped-in to make the road by carving the mountain.

In 2006, his name was proposed for Padma Shri Award in social service sector.

On Aug 17, 2007, Manjhi passed away at All India Institute of Medical Sciences (AIIMS), due to gall bladder cancer, at the age of 73. Bihar government had accorded state funeral to him.

Before dying, Manjhi had given his thumb impression on an agreement and gave away “exclusive rights” to make a biopic on his life.

Manjhi was born in 1934 in a poor labourer’s family in Gahlour village near Gaya in Bihar. 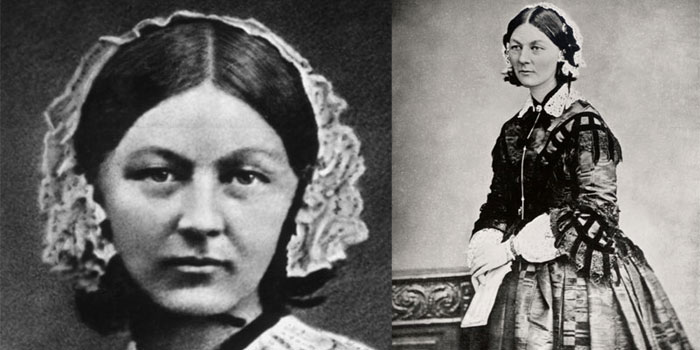 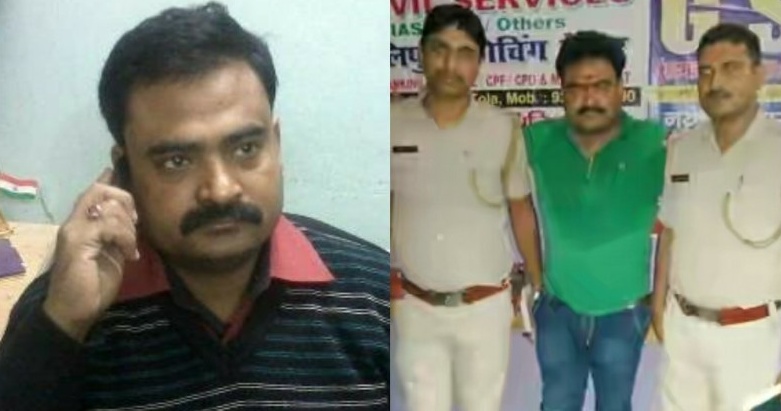 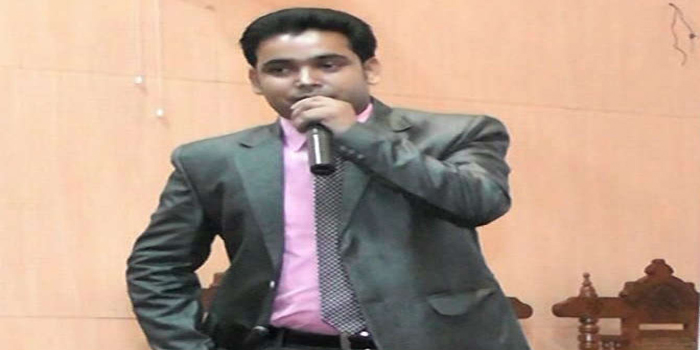